This is the second post about volunteering with Jane Scarth House (JSH).  In my previous post I took part in their street collection in April.

This time I was asked if I would help out with the refreshments at Romsey Abbey where the Romsey Schools’ Choir Festival was taking place.

The concert started at 7pm and I was told to arrive at the Abbey at 6.15.  There I was greeted and made welcome by members of JSH already present.  We had some photographs taken of all the helpers and then I was shown to the refreshments table where I would be stationed.

We would be serving red, white and rose wine, water and fruit juice.  It was extremely hot, so we were anticipating a very busy interval. 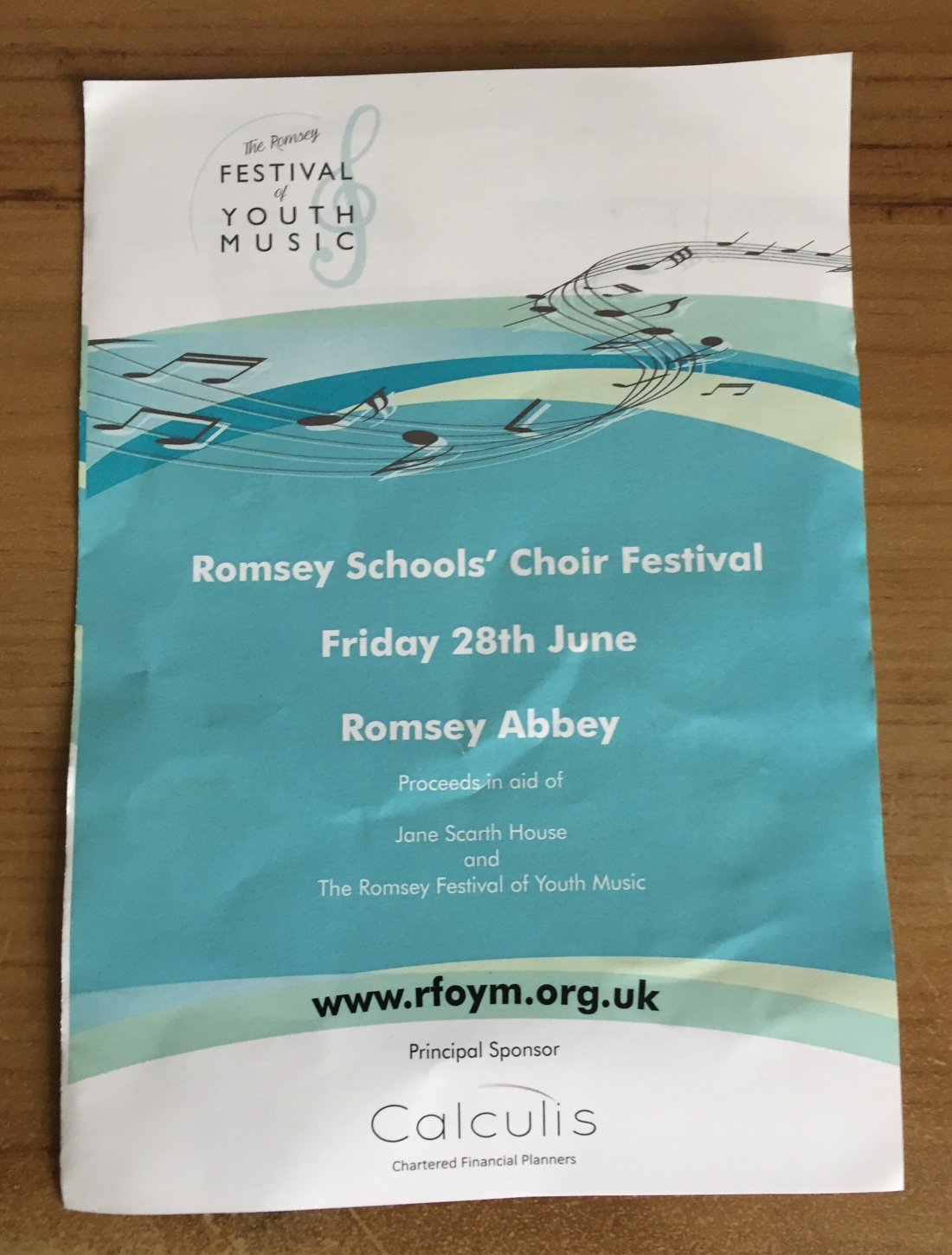 Ten choirs took part in the concert and it certainly was impressive.  The standard was so good and the commitment of both the staff and pupils was evident.  I was particularly impressed when one of the choirs sang Shenandoah in parts, unaccompanied and stayed bang on pitch – wow.

As can be imagined, photograph taking had to be very carefully considered at this event, so I contented myself with taking just one picture inside the abbey looking up as I listened to the young voices. 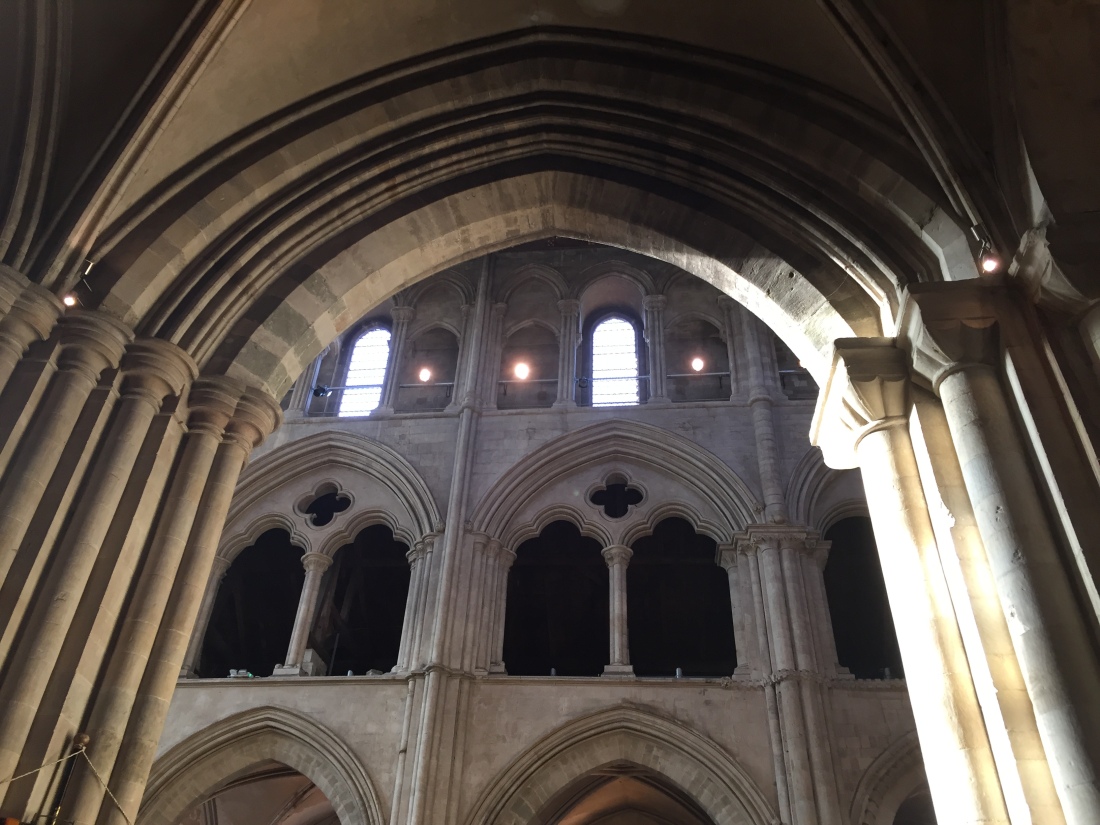 The abbey was pretty much full with both audience and choir members so it was all hands on deck to serve refreshments in the interval.  We managed to deal with the queues efficiently and I could see lots of donations going in the buckets.

The MC – sadly, I could not hear his name from where I was – spoke about the the pride in this particular event and the dedication of staff and pupils.  I think all were saddened to hear that a number of schools that used to take part now have NO music department.  If only the powers that be could have heard what I heard that evening.

The final item was ‘Something inside so strong’ by Labi Siffre, arr. Michael Whiteside, sung by all the choirs together.  This song was inspired by a documentary on South Africa and apartheid and is very special to me so I admit to having a lump in my throat as I listened.

I helped with most of the clearing up but left early as major roadworks and closures were happening that weekend that could affect my journey home.  I left with a smile on my face in amongst a happy atmosphere of excitement and exhilaration, with chattering, skipping children and their very proud families.

The proceeds from this concert were split between JSH and The Romsey Festival of Youth Music and the amount raised for JSH was £462.81.

View all posts by blossom59